Santi is no stranger to the blog with three making-of's posted and a Best of Week pick that started it all 5 years ago, so this session is long overdue in that regard. Along side his story, we dive deep into the making of METEORA.

Today I’m interviewing Santiago Sanchez from Tresde ArchViz Studio in Ecuador. In this session we talk about his journey, starting out as an industrial designer as he was looking for a creative outlet, becoming self-employed after a bad work experience, and how being inspired by Alex Roman led him into the State of Art Academy Master Class.

After that, things took a new speed with the Best Of Week pick on the blog, and he reconnected with his DNA from home to become more of a teacher of ArchViz these days.

We’ll also dive into the process of making the METEORA project, which is featured on the blog here.

Santiago studied industrial design at university because he was looking for something related to design. The design degree concept was completely new in Ecuador at the time, and he was drawn to it. He knew that the creativity he had felt since childhood couldn’t be applied as well in any other field as it would be in the design field.

After a bad experience with an employer, he decided to go on his own and turn his attention to architectural visualization, and once he saw Alex Roman’s short film The Third & The Seventh there was no turning back.

The Journey to Improvement

Santiago may not call himself a perfectionist, but after opening his own office, he set his standards very high. When comparing his work to images that were being created around the world, he knew when his work wasn’t good enough. That’s when he decided to attend a Master Class at State of Art Academy in Italy.

He was present at the first International SOA Master Class, and calls the experience “absolutely great.” It was there that he learned that approach and philosophy are the keys, and that everything else is just a tool.

Winning the Image of the Week was the ‘Beginning of Everything’

After winning Image of the Week in July 2012 with “Vanilla Room”, Santiago says everyone began to love his work, and his website exploded. The exposure he had on the forum was a complete turning point for him, and the momentum still hasn’t stopped.

Today, his studio is as busy as ever, and Santiago is teaching even more than he is creating projects. He has created a post-production training and a Corona Renderer training, both of which are available online, and he shares his philosophy on the amount of work that he believes students should be doing in each.

All about the Making of METEORA

Santiago has been showcased on the blog three times, with the most popular images being METEORA. In our conversation, we dig deep into the process of making of these images, how Santiago did what he did, and what he learned along the way.

Discover all this and more, on this session of The SpectRoom with Santiago Sanchez.

Two more making-of’s by Santiago are… Making of Iracema in the Dusk “After I saw The Third & The Seventh, I decided this is what I want to do for the rest of my life.” — Santiago Sanchez

“Approach and philosophy are the keys, everything else is just a tool.” — Santiago Sanchez

“I feel that I have more freedom inside the artistic approach; inside the 3D.”  — Santiago Sanchez

“The faster you can develop a project, the better result you can get, everyone is going to be happier — you and your clients.” — Santiago Sanchez

[01:28] How Santiago came into the ArchViz business.

[06:43] The Alex Roman short film that inspired Santiago to open his own office and attend SOA Master Class.

[11:40] The journey that started with winning Image of the Week.

[17:38] Finding the balance between post production and renderer work.

[41:23] What to expect when using Corona Renderer in Interactive Mode.

[49:28] Investing time in creating physical reactions give you the greatest results

“Approach and philosophy are the keys, everything else is just a tool” 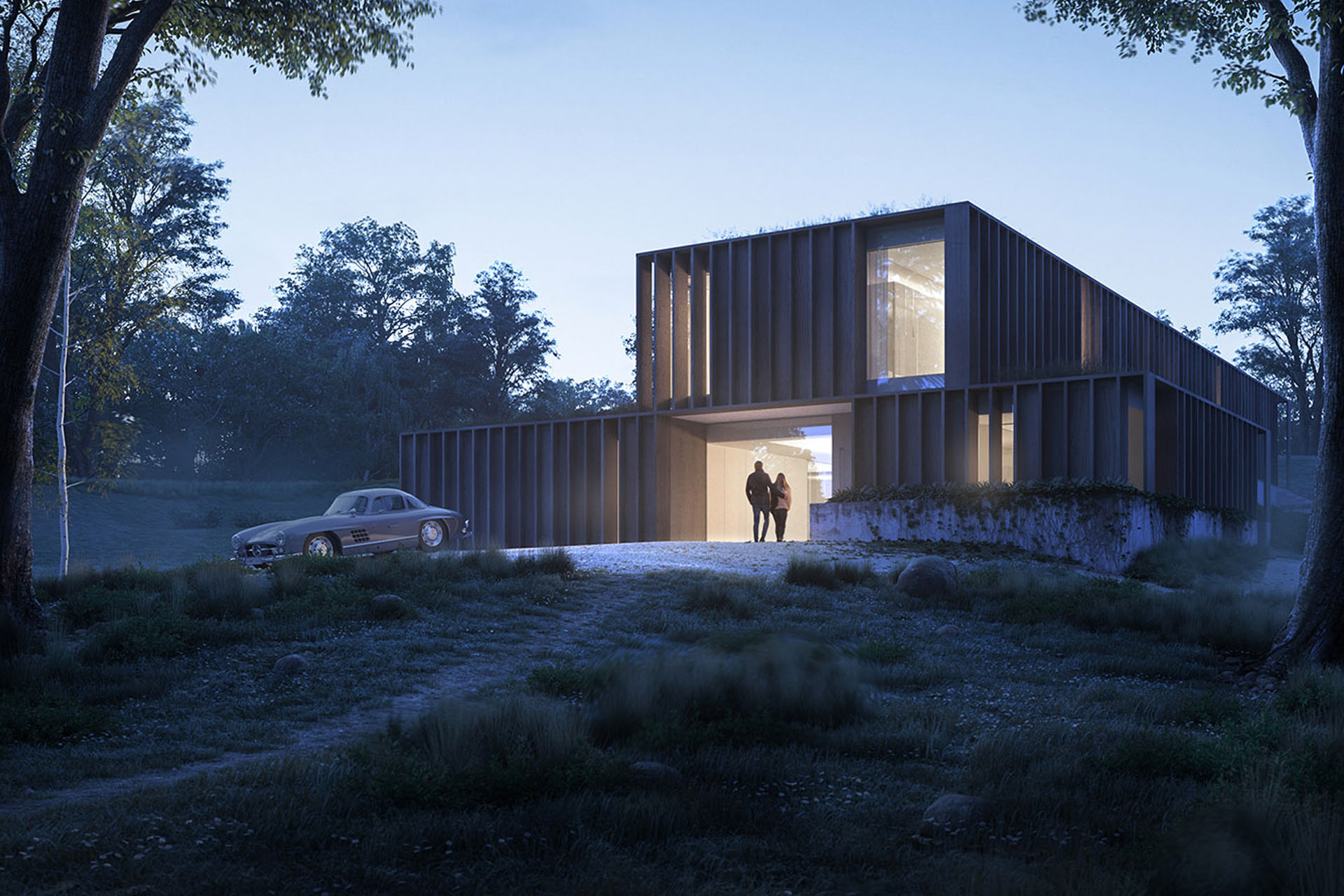 TSR 009: Surfing the Waves of ArchViz with Pedro Fernandes from Arqui9 in L...
Scroll to top